Ladies and gentlemen, as I write this, yesterday I came back from my first walking of a part of St. James Way pilgrimage. First try, but not the last. 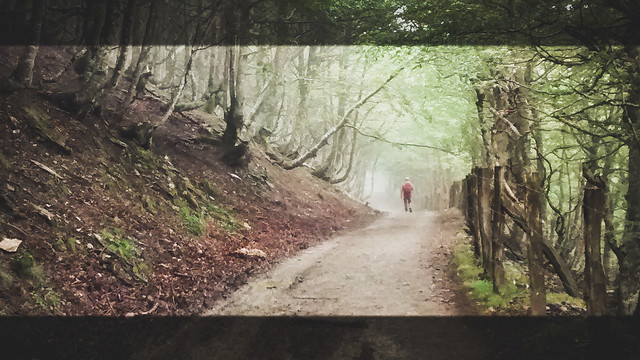 9 days, 204 kilometers, up to 30 km and 1200 meters uphill in one day, standing in two countries and up to three different regions, all with a 6 kg backpack. These are the numbers. Rain (brief but intense), sun (an awful lot), cold, heat, fog, wind, thirst, tanned neck and arms, blisters (not too many), fistros duodenales que eres un pecador de la pradera (spanish joke that you are fortunate if you get it), muscular aches, joints aches, in the bones, in the nerves, in the very deepest parts of your being…

Why would somebody like to do even a part of Saint James’ Way? 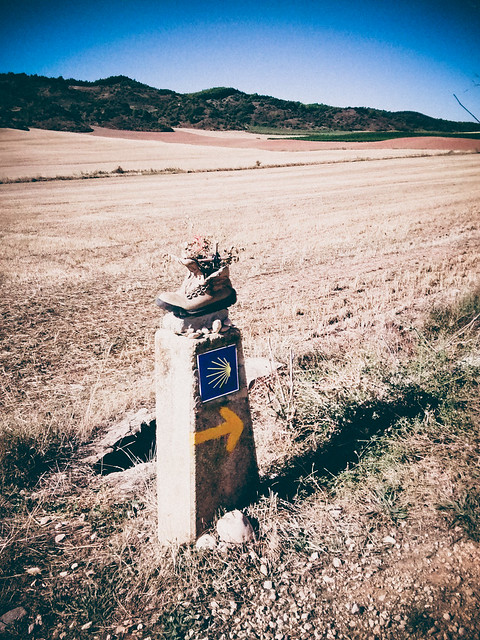 For religious and/or faith reasons? To meditate? To find yourself? To explore your physical limits? To impose oneself an expiatory punishment?

Well, all those are good reasons and enough for many people. I’m not saying that doing the pilgrimage to find God is a bad reason (not for me, since I’m a strong atheist); but, anyway, let me tempt you with a few more reasons that I find as good as well:

Putting aside the transport from your home and back, given the fact that many albergues (hostels specific for pilgrims) do not ask for money but only the will -and the official ones only asks for 6€/bed-; given that you can freely wash your own clothes, and given that you can organize with other pilgrims and cook in common your own dinner, it is possible to spend less than 20€ or even 15€ each day. Obviously, you can also spend as much as you want, eat in restaurants, sleep in individual rooms in private hostels, call companies that carry your backpack to the next albergue, use the washing machine that is in every albergue, and so on… Or, you can also become a ‘true’ pilgrim, in a beggar’s way, and eat an apple and soup every day. Or a mix them altogether. You are not going to miss options, but the price is definitely not an excuse. 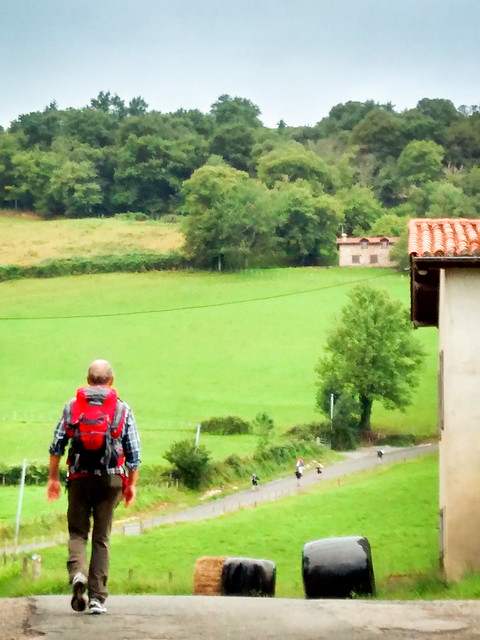 Many people like me have an essential limitation: time. Walking the French Way, almost 800 km, takes about a month, and very few people have that time. No one will ever tell you how you must do it, nor where to start, nor where to finish. For me, I’ll start walking next year from where I finished this one. Or maybe I’ll star from the French border, which is the part that I liked the most. Or maybe I’ll start from Astorga or Ponferrada, from where it only takes a week to reach Santiago. Or maybe I’ll do the Northern Way in walking by the coast of the Biscay Bay. Maybe I’ll have a week, or two, or maybe next time I’ll have four days in a row I’ll take the chance. Maybe I’ll walk 10 km each day instead of 25. Or maybe 40. Or maybe, I’ll do everything… 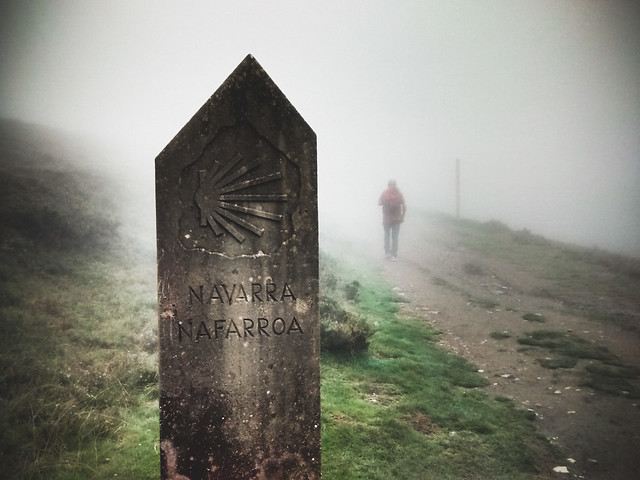 You will reinforce your lower body, and if you use sticks a lot (and probably you will), maybe you’ll get a nice triceps. Apart of gaining mental and physical strength, walking 25 km/day on average you’re burning 1500 to 2000 Kcal, no doubt a perfect way to lose weight. That is almost what you eat each day: it is not necessary, not even advisable, that you keep a strict died while you are doing the Way (in my case, at least, I’ve been eating very well each day, and even though I’ve lost almost 5 kg…) 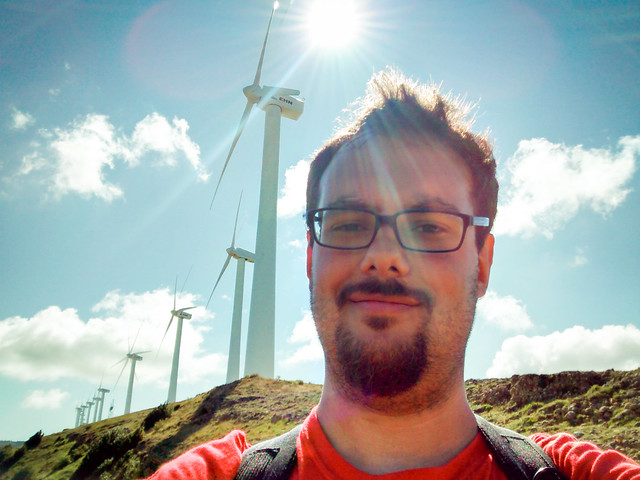 Oh, that lush of northern Navarra! Those grapevines in La Rioja! Those endless sunflower and wheat fields in Castilla ¡¡That funny cow smell in Galicia!! That diversity, those hills and slopes, those undecypherable forests, those views from the heights, those infinite horizons and straight roads, and those unreachable bell towers and windmills. Those cows at the roadside, those wanderers losing themselves in the fog, those amazing sunrises… 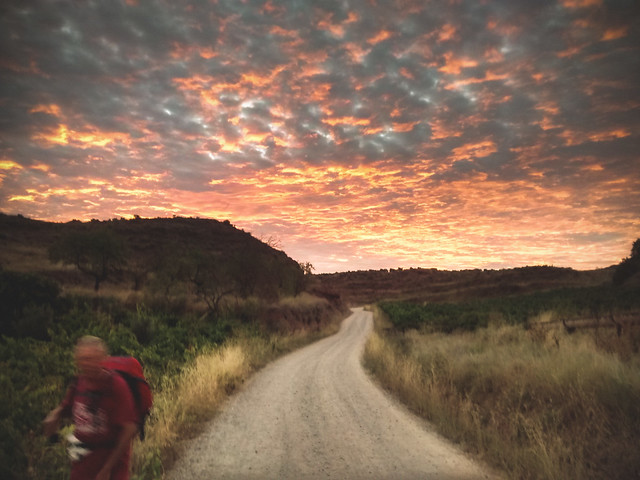 Andalusia, the southern Spanish region where I come from, is and always will be a sunny and beautiful place: we are proud of our Muslim heritage and monuments, as well of our immense number of cherished Renaissance buildings. But, it almost hurt me to say it, I think in northern Spain they kick our ass in respect of having modern, nurtured and charming secular architecure. I imagine that given that each pilgrim is leaving money in every little village of The Way, has a lot to do with the fact that the houses and streets are so well maintained. Stop to plain white facades, bare brick walls and grilled windows as we have in the south, Long Life to stone, and wood, and colours!!

I’ve visited almost every northern European country, but I almost don’t know my own homeland. Northern Spain is gorgeous, and as a good early-waking pilgrim, I’ve had plenty of time to spend the evenings wandering in towns as beautiful as Pamplona, Estella or Logroño. That also implies a lot of time to try every delicatessen you can find on the way, and, if you are a little bit a scoundrel (and you know you are), you can have a try of the mythical Spanish Nights. But, hey, at 22:00 you should be in bed ;P 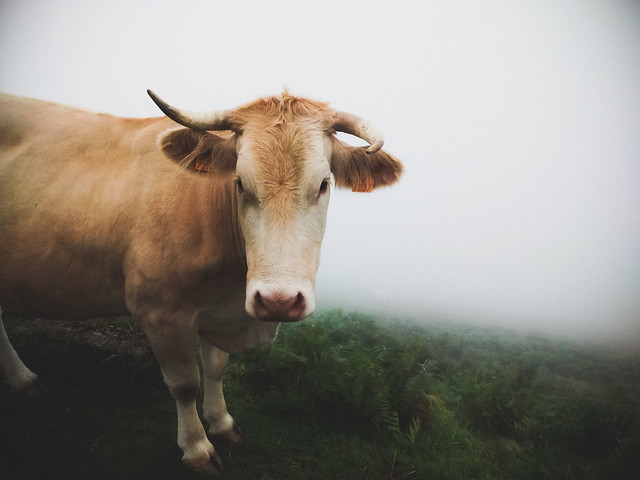 From the very moment you decide to do The Way, even long before to take the first step, you have already made a decission that will have a long lasting impression in your life. You are already on the air and about to hit the water. And once you are on The Way, with your smartphone and affordable data plans (bringing with you a free terminal, and buying a prepaid card when you reach Spain is a good idea), you’ll be able to know in every moment how much distance you have already walked, and checking at the end of the day how further away you are from the point where you started is a very rewarding feeling. 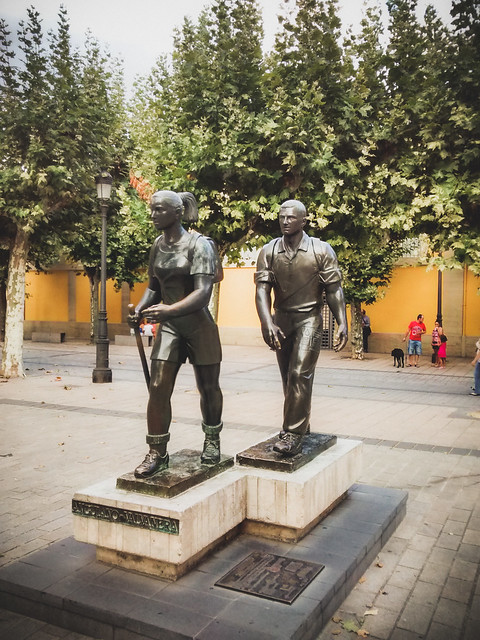 Don’t be mistaken: we, the Spaniards, are far to be the happiest people on Earth, we are not always partying, and we are not always telling jokes. I would even say that Spaniards are probably one of the ugliest and most frown-faced people of the Earth!. And beign myself a Spaniard, I wouldn’t have surprised me that locals of the villages of The Way could be specially tired and sick of pilgrims. But its exactly the opposite: due that we the pilgrims are kind, nice people, that do no throw garbage, make noise or broke urban mobiliary, and most importantly, we are the way of survival and even renaissance of many forgoten towns, it is logical that they take care of us. Moreover, even for me, as a Spaniard, is weird when I reach a big city like Pamplona and the people don’t look at your eyes when you pass by them in a zebra crossing… 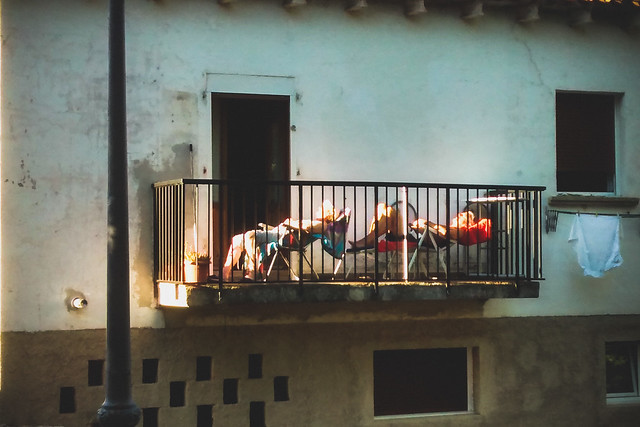 Yep, nice plan to exhaust every sunlight till the end, isn’t it?… ;)

Don’t tell me that these are not good reasons. I’ll be very happy if any of them is enough for you to convince you a little bit more to do The Way. In fact, my advice is pretty clear and simple.

But this is not my final word. Not any of these reasons is for me the most important one to do the St. James Way.

Only the last one is close, but from a distance. The very true reason -for me- to do The Way will only be revealed in my next post. For the time being, there you have a plentiful of photos, just for the sake of it :P
(Oh, you can’t imagine how much I’ve missed my reflex camera).

Hugs and kisses to everyone ;) 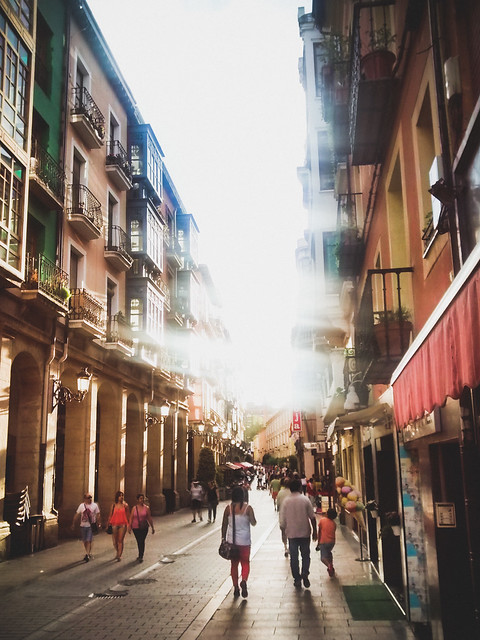 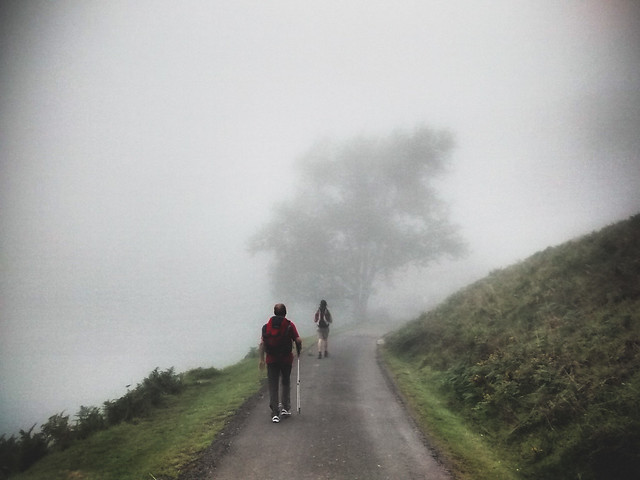 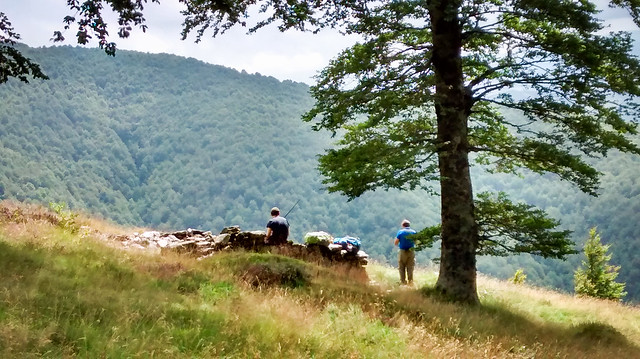 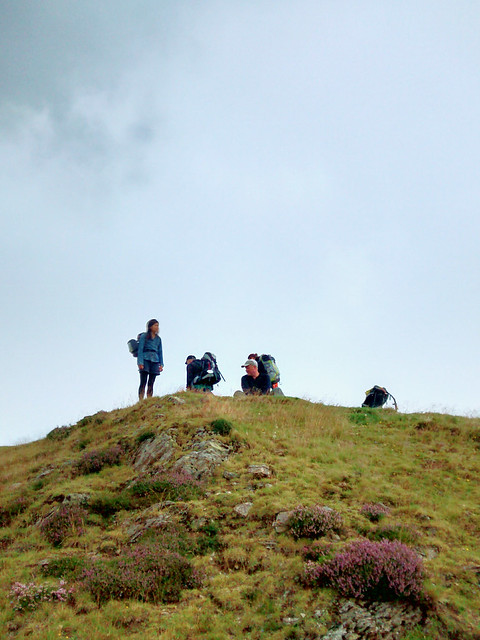 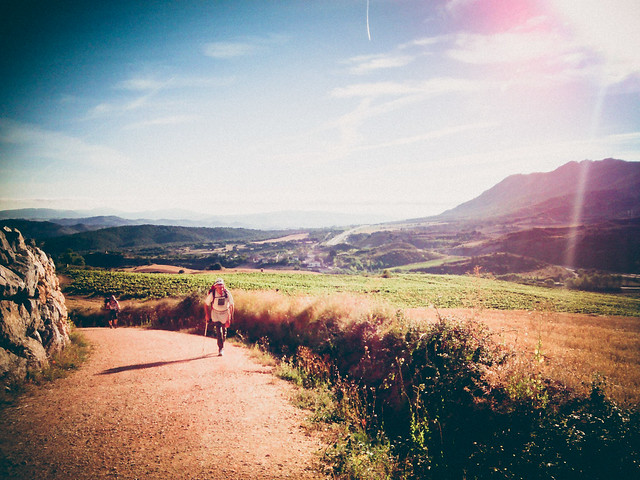 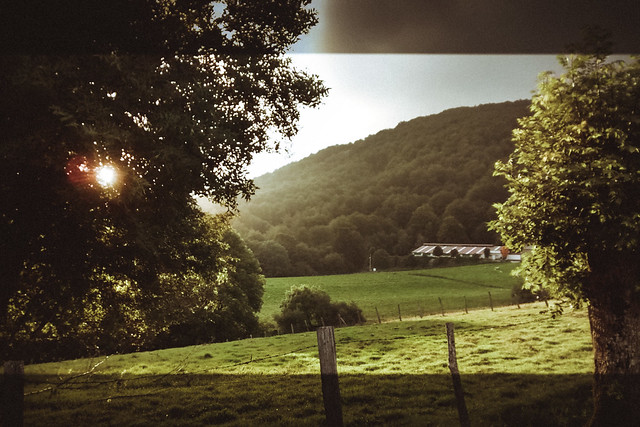 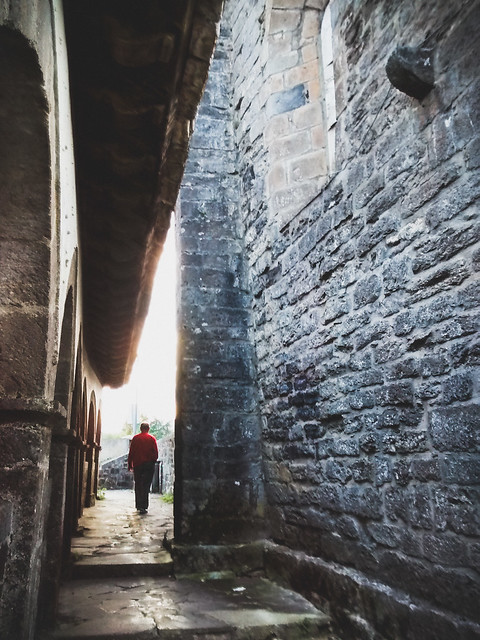 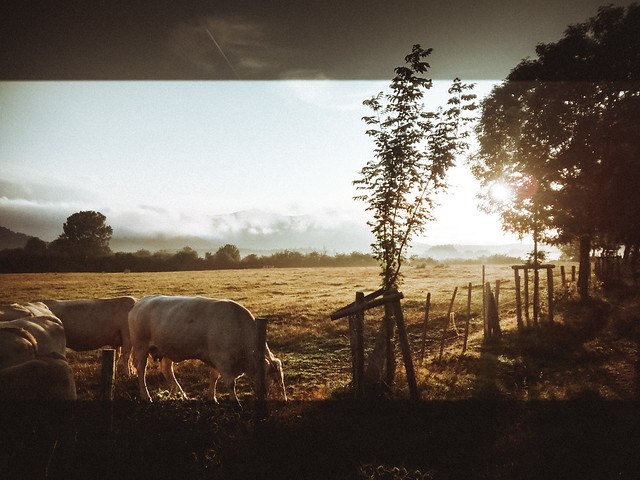 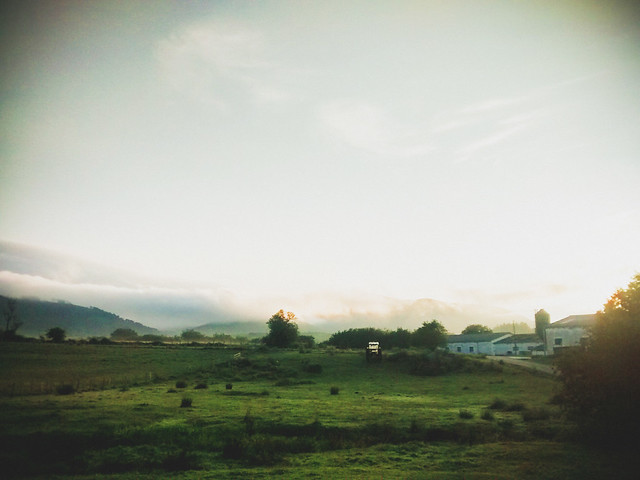 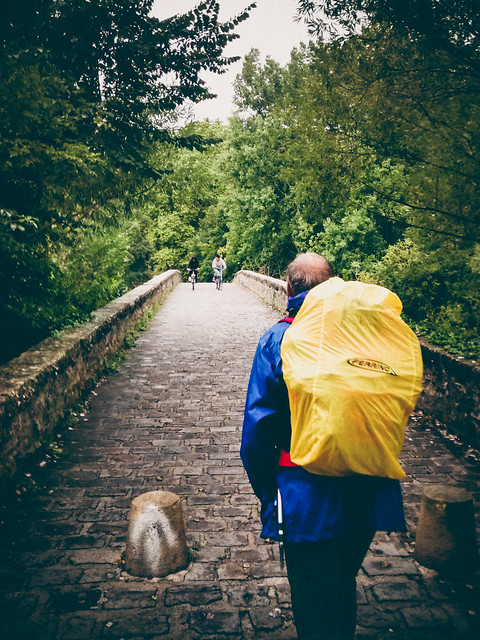 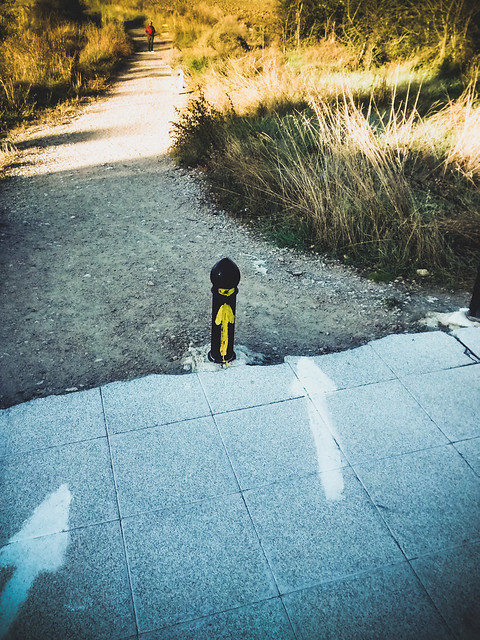 Is up to you to continue, will you?

3 comentarios en “Walker, there is no path, you make it while you walk…”